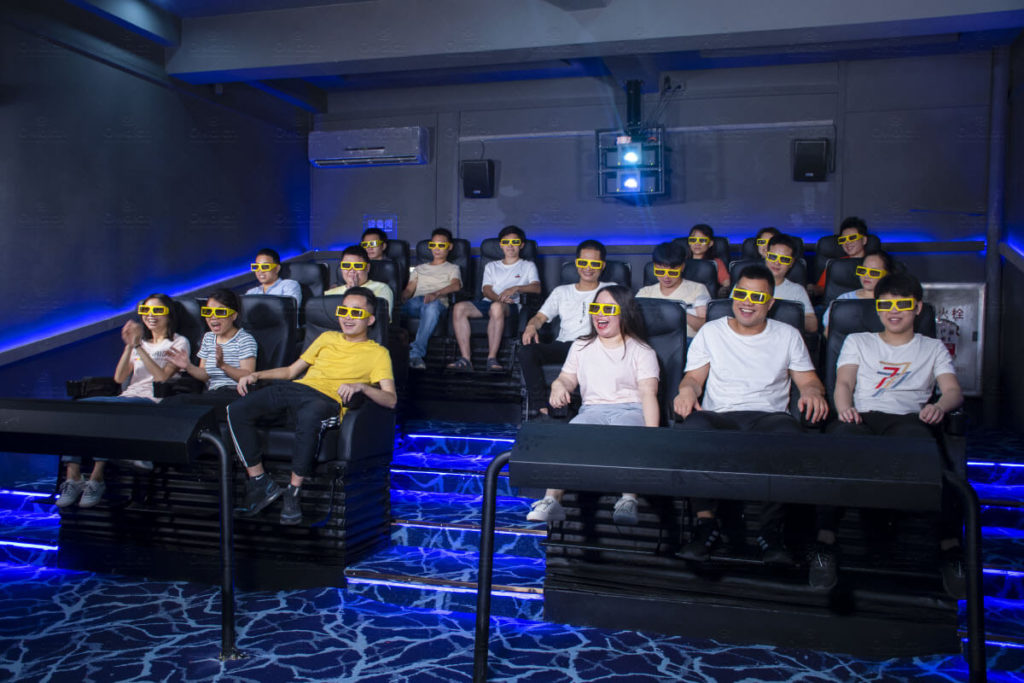 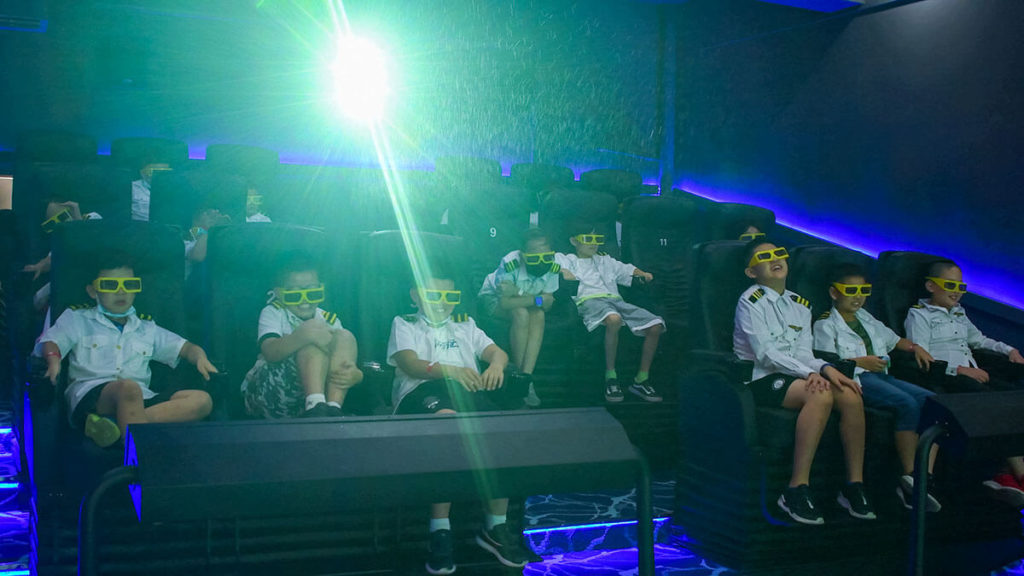 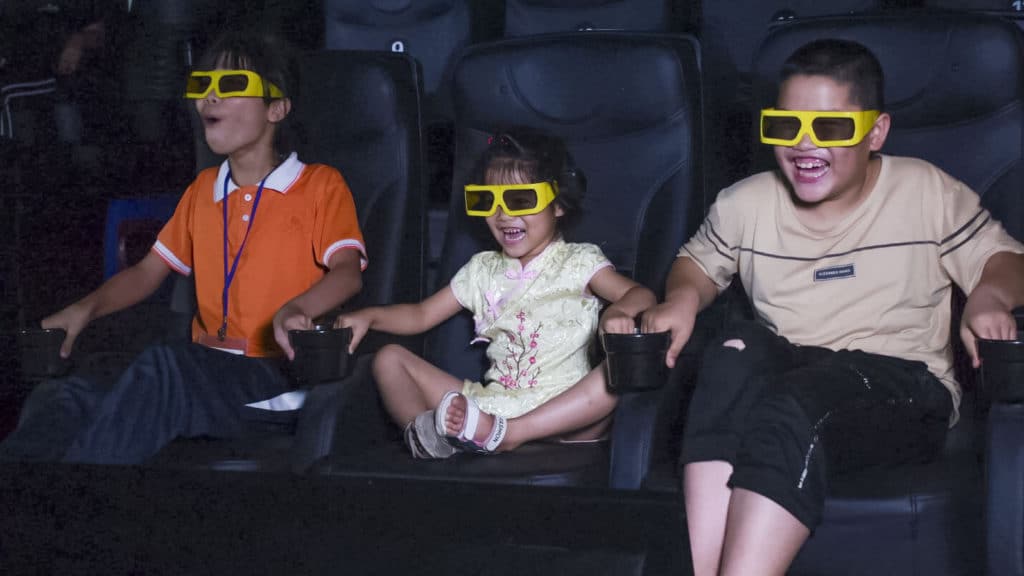 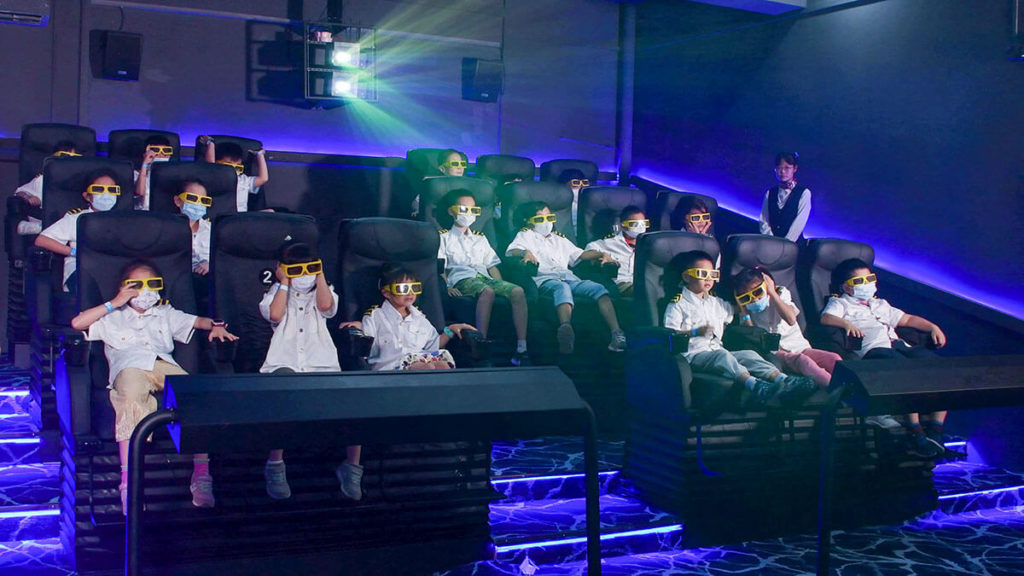 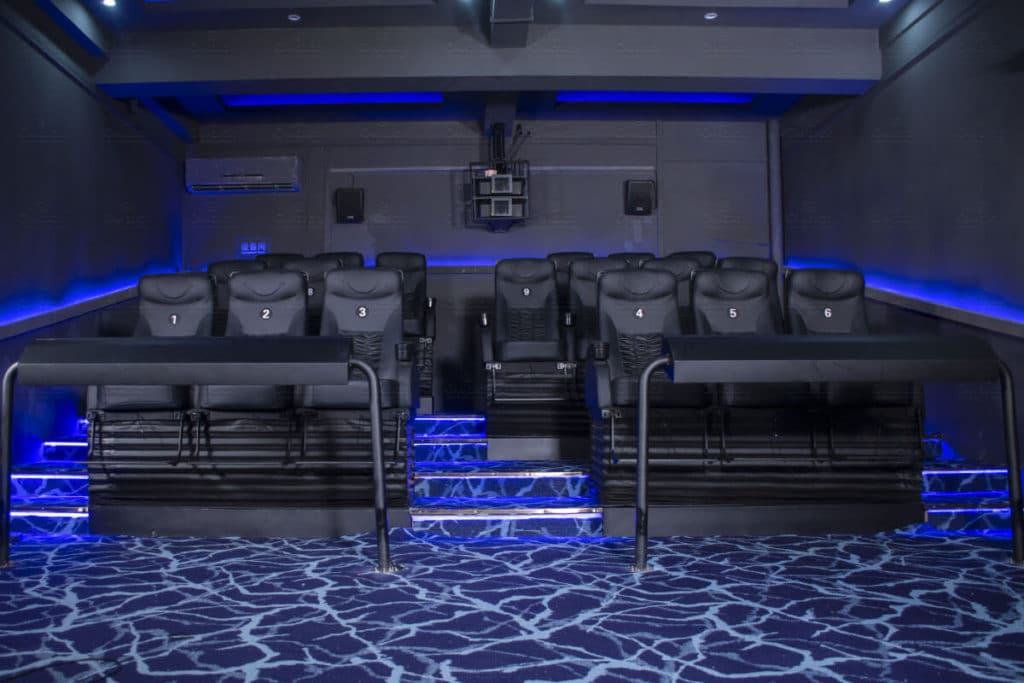 From the visual sense the screen structure of 5D cinema is a cylinder circular-screen stereoscopic image. The screen is an arc form semi-center of a circle,not a plane (flat screen).the aspect ratio of the screen is 16:9,and it can widely expand the scope of movement for 3D objects and horizon,get rid of the constraint of plane sight and make the movie space resemble as the real space.it can generate many mode of motion such as crossing and surrounding,that’s how it makes the feeling of space-time’s changing.(it’s different from the “flat four-dimensional video” – which limits not only the audience’s visual angle, but also the movement direction of the objects. Projector & Screen would be designed and customized based on the space construction and customer requirements. 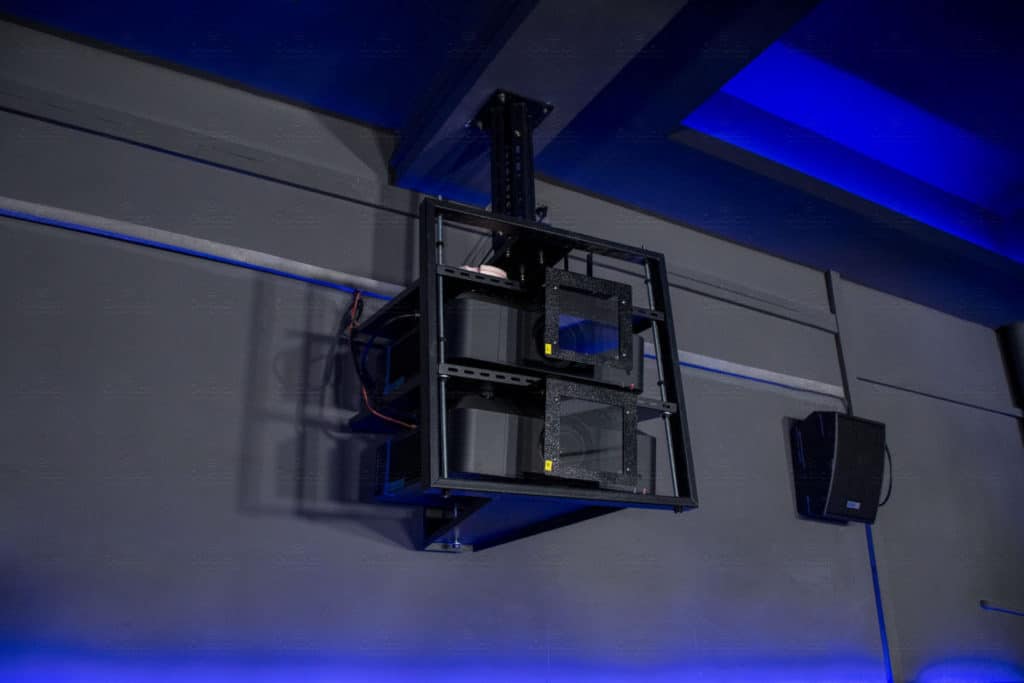 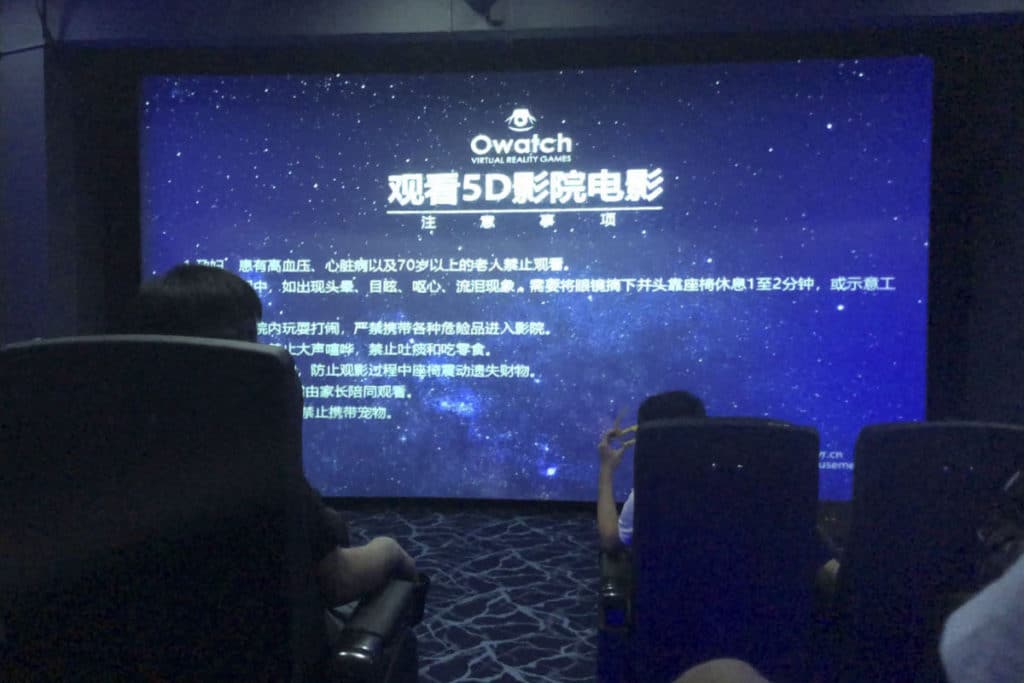 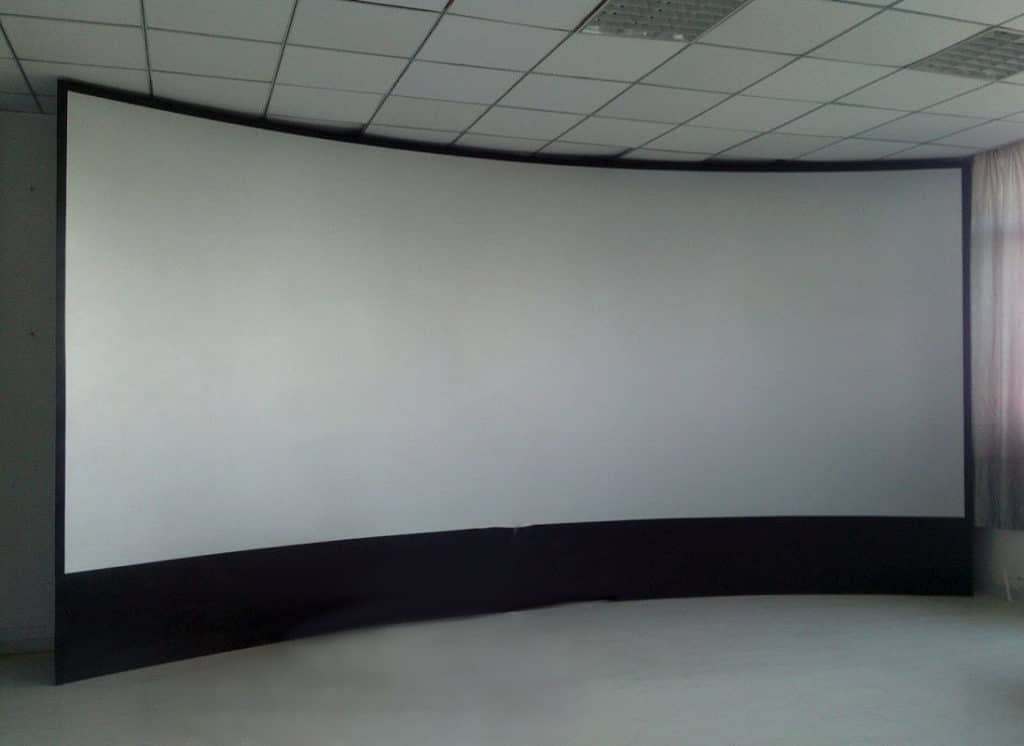 The 5D platform is build with 3 electric cylinders, 3 motors and 1 control server.And one platform can install 2 seats, 3 seats, 4 seats and 5 seats Max. 2 seats is the best combination which the motion is more sensitive and high experience which with 8 more movement directions including left-front, left-back,right-front etc . Also, the seat effects includ, water,Leg sweep,Vibration,Face air,Ear air,push back. Seat combination would be designed and customized based on the space construction and customer budget requirements. 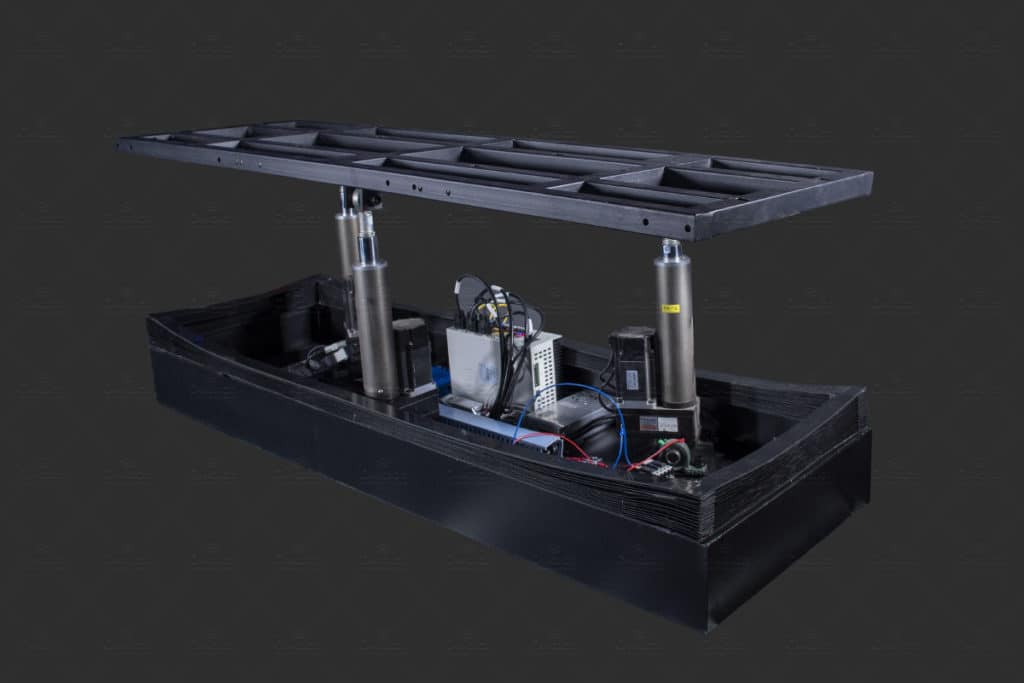 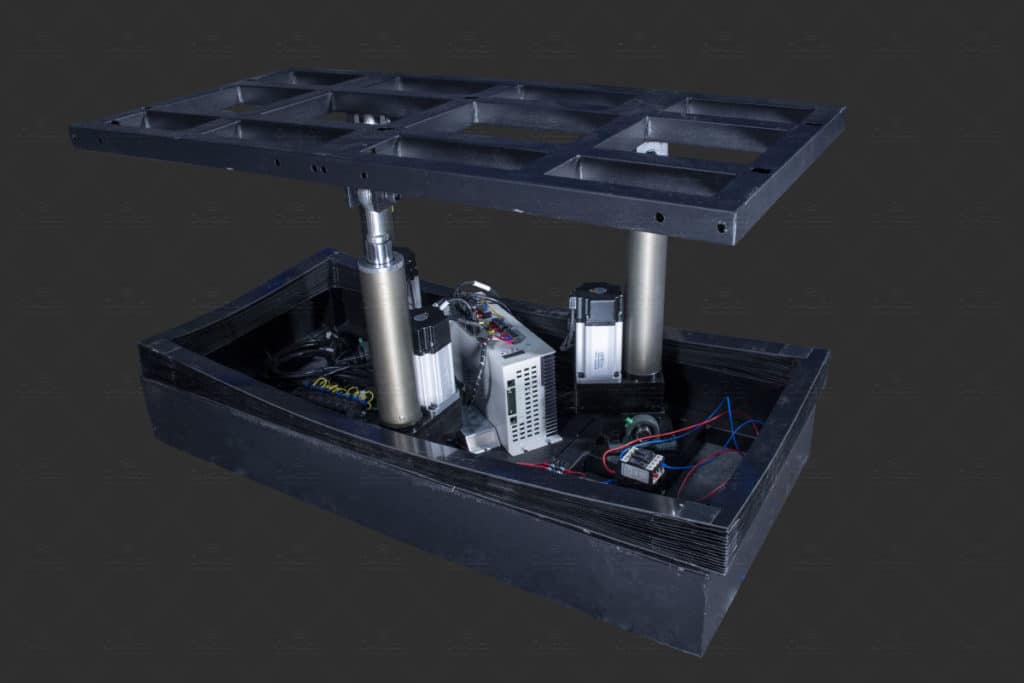 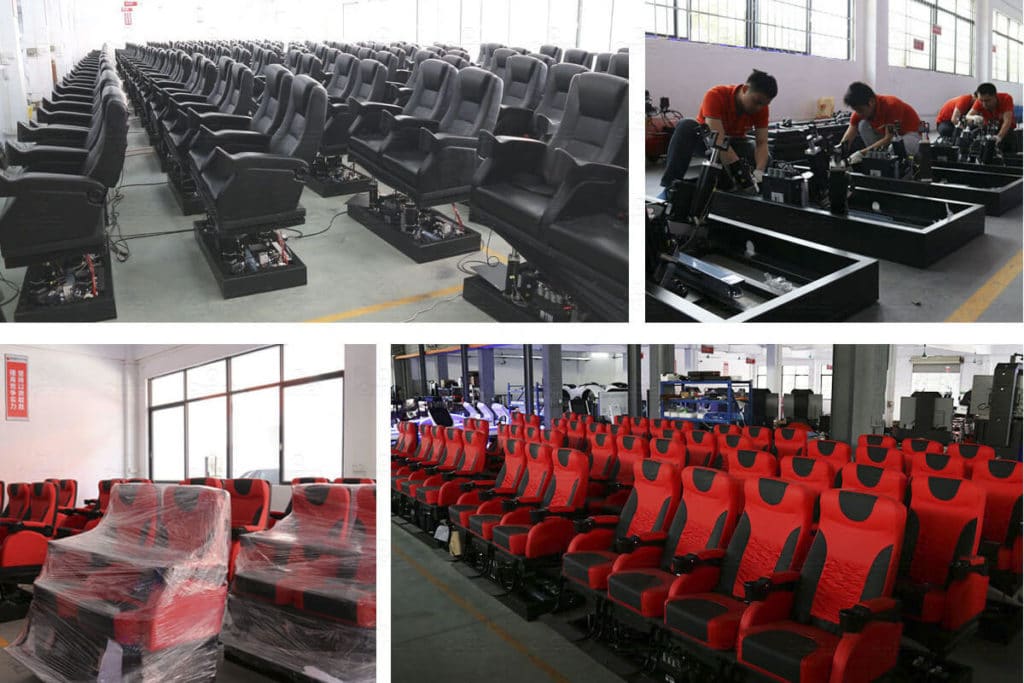 Smoke, bubble, lightning, raining, snowing, sweep leg, wind, flame (fire), vibration at bottom, vibration at back, punch at bottom, punch at back, air on face, water on face. The seats usually moves according to the film story,the seats contains five special effects which are controlled by the computer: falling,vibration,windy,rainfall,pat legs and there are also other special effects integrated to the 3D movies such as; smoke,rain,lightening,bubble,smell, scenery and figures show.Thus,it can mobilize all the perceptual system of viewers and make you really come into the plot.The combination of the movie plot and special effects above in the 4D movies,makes the viewer feel the scene very close and gain all-around experience from your vision, hearing, touching, smelling and take you into the movie environment which can be felt as a real world,so this is the 4D film which formed a unique performing style that is now very popular around the world.The effects accessories quantity and mount location would be designed and customized based on the space construction. 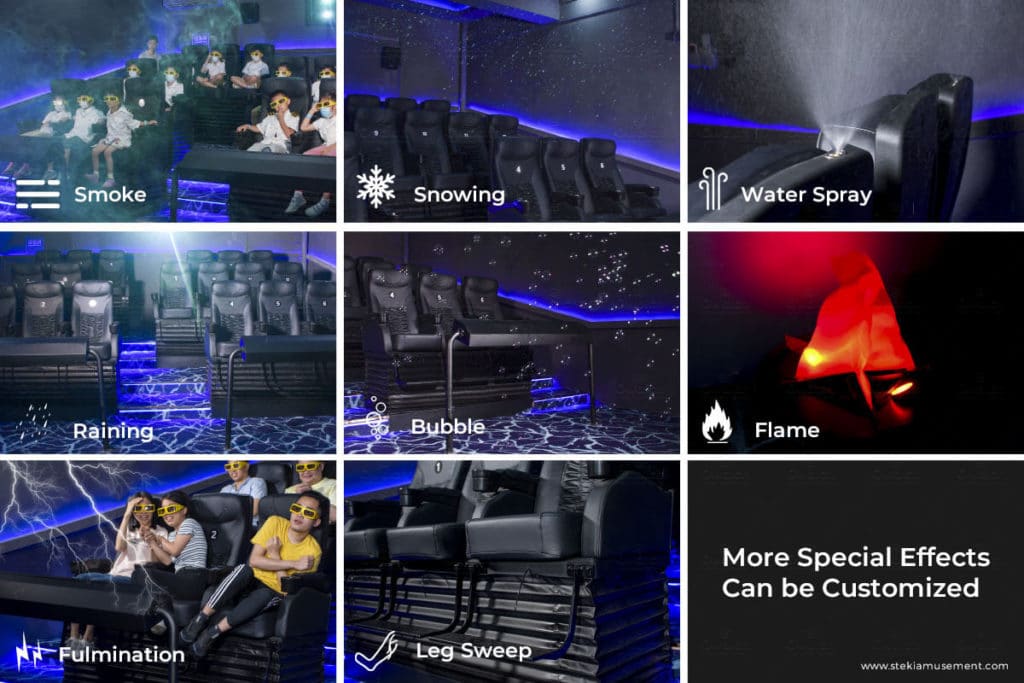 Produced from sound effects materials of high quality. The 5D cinema sound system is made up of Multi channel surround sound system. 5.1 systems provide sound to enhance the environmental sound effects. 5D multi channel surround sound system is designed and produced taking fully account of the stereoscopic motion pictures in 5D Cinema and can accurately locate objects in the motion, so that the sound is also stereo 5D film together to form a real three-dimensional sense of space. The audio system accessories would be designed and customized based on the space construction and customer requirements to reach the best sound experience. 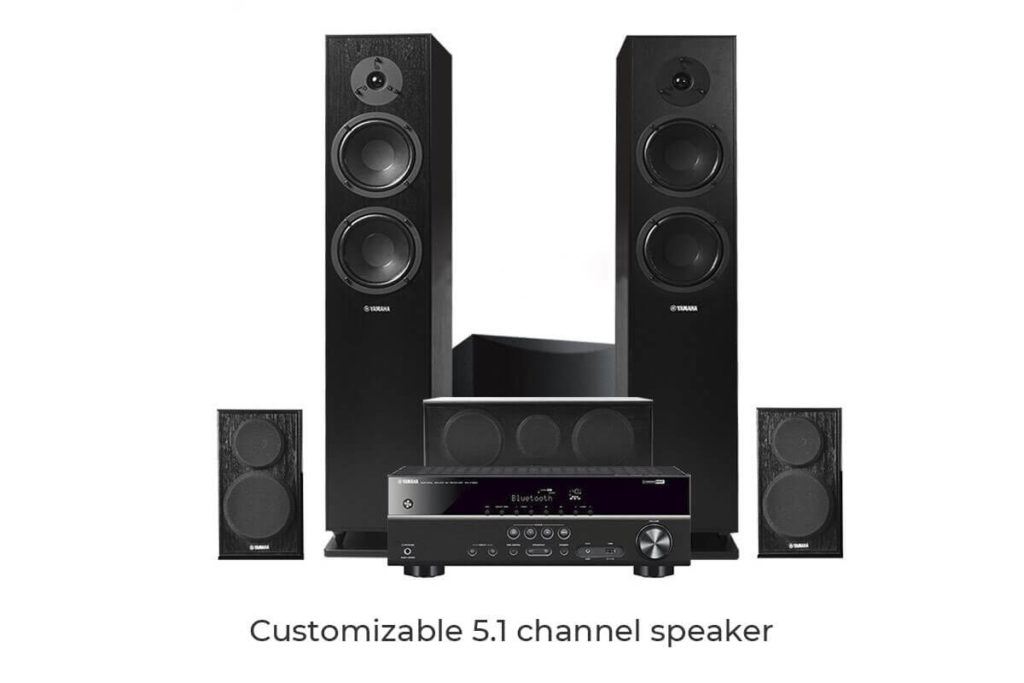 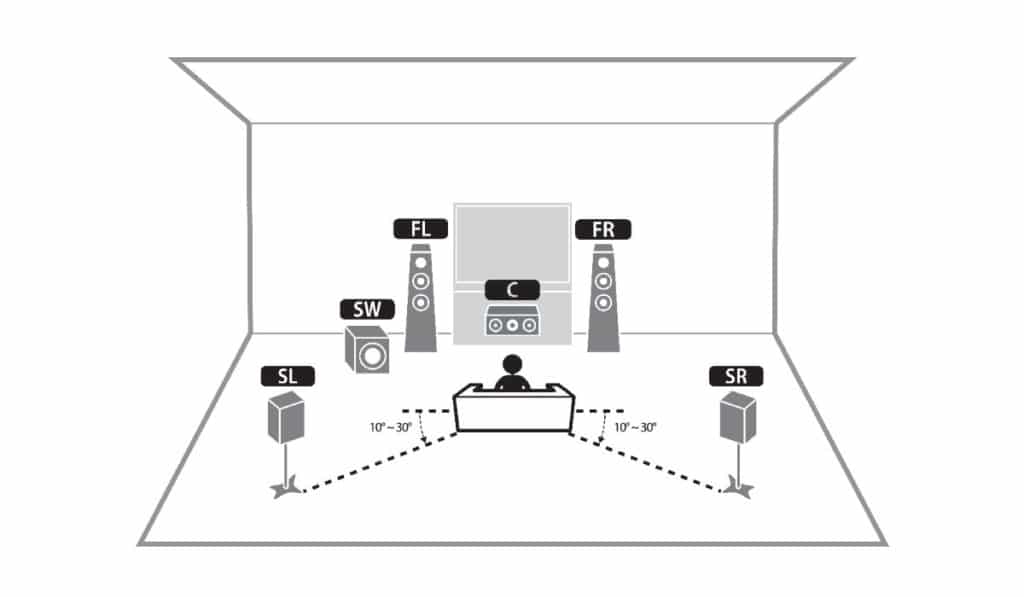 To make sure that the above elements are achieved, a controller is needed to control all the function, which we use the PAD remote control panel, all software and programs need to make sure that every function takes place are integrated into the PAD,then when we click one movie for start, then lights off, and whole cinema start to play, such as projectors, seat platform, effects ,sound…. Also, our PAD control system also have the test function to test all system is working well to troubleshoot when problem happen. 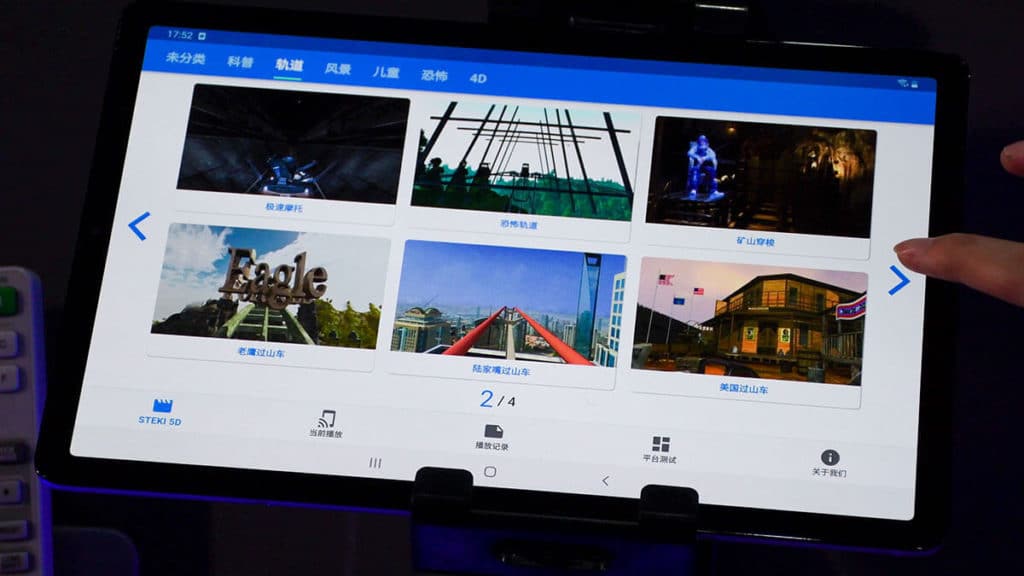 If you want to learn more about the Owatch 5d cinema simulator , please go as bleow, thank you!